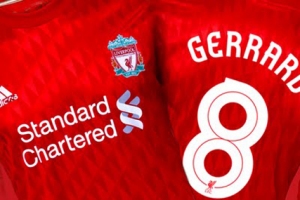 Liverpool FC announced this morning that they are planning to extend their existing relationship with shirt sponsor, Standard Chartered beyond their current $20 million deal which expires in 2014. The banking firm, which employs just over 85,000 people across the UK, is said to be happy to continue their association with the club, despite past troubles concerning the Luis Suarez racism incident. When the story broke back in 2011, Standard Chartered appealed to Liverpool to take action rather than sit back on the issue, which eventually lead to the star striker being found guilty by the FA of racially abusing  Manchester United and France defender Patrice Evra during a game at Old Trafford in October. Then manager Kenny Dalglish initially backed his player but was forced by the club, under pressure from Standard Chartered, to come out and condemn it in the end. 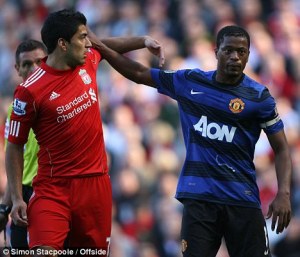 Suarez for his part was banned for 8 games and fine £40,000 which left a bitter taste in the mouth of the Uruguayan. On the next meeting between the two clubs, Suarez refused to shake the hand of Evra during the pre match handshaking ritual which caused further uproar, again leading to the club placing more pressure on the player and manager, who again had to apologize.

Dalglish has now departed from the club to be replaced by Brendan Rodgers in an attempt to invest in a young hungry manager. Rodgers, who earned his stripes at Swansea, is building from the ground up, focusing on youth players and one touch football in an attempt to restart the Anfield club. So far, results haven’t gone his way but there have been signs that Liverpool will be in a strong position in the long-term. Consistency is something that has been lacking from the club for a while, especially in regards to their management as they look  emulate Manchester United and Arsenal’s model by sticking with a coach for more than 1 year. With a new deal with Standard Chartered likely, the finance for Rodgers to continue his build looks to be secured, however if results don’t improve soon, will its owners switch their focus again and invest in another manager? Time will tell.