We live in a high paced, ever evolving world but at times it feels as though football is not progressing at the same rate. Racial problems highlighted by the Dani Alves banana incident from last week, gay slurs aimed at Ashley Cole during his final Chelsea appearance and the sexist comments aimed at Elena Tambini after announcing her desire to referee a Serie A match in the future, are all illustrations of how slowly football is progressing. But there is light at the end of the tunnel with a few challenging the many, pushing against what has been deemed as the norm and calling for change. Today that change has been accelerated with the news that Helena Costa will take the reins at French Ligue 2 side Clermont Foot at the end of the current season. Costa isn’t the first female manager in football, with Carolina Morace and Tihana Nemcic two examples of female managers already in the game, but Costa is the first appointment made to a men’s team in the top two divisions of a major European league. 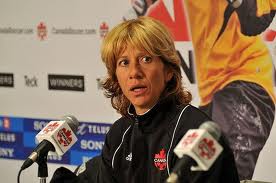 Costa will be relishing the challenge after cutting her managerial teeth as the coach of the women’s sides of Qatar, Odivelas and Benfica. The Portuguese native spent 13 years as a youth coach with Benfica from 1997, in addition to winning two Portuguese national women’s league titles with Sociedade Uniao 1 Dezembro in 2007 and 2008, leading the club into the Women’s Champions League. Most recently she has managed the Iran women’s team, leading them to their first ever international win (4-1 against Maldives) but leaves that role for the opportunity of a lifetime. Her challenge will not be an easy one with the president of Clermont Foot’s supporters club, Veronique Soulier suggesting that the group of players she is inheriting can be difficult to work with and over sensitive to criticism. Costa will need to win them over much like any manager and make the changes to personnel that she feels is necessary to reach the clubs forward goals. If she is to dip into the transfer market, her past experience as a scout for Glasgow Celtic will come in handy as she looks to find a gem or two within the lower leagues. 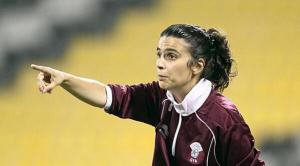 Having struggle this season under Regis Brouard, the Clermont Foot board felt that the club needed a fresh start and a changing in direction. On appointing Costa, the French club called the move a new era for the club and is delighted to be appointing the 36 year old coach. Costa enters the club with one directive – to gain promotion to Ligue 1 for the first time in their history. Clermont will not be favourites to do so but the eye of the world will be watching with interest to see how Costa gets on in her first season in charge. Those keen for football to progress will be hoping that she is successful so that it paves the way for other female appointments across Europe and eventually an appointment at one of Europe’s top clubs. Costa will face adversity along the way, with comments from a past era that still shamefully linger the beautiful game. Ignoring this will be difficult but Costa is up for the challenge.