Growing up in Scotland, football was my life. When I wasn’t at school, sleeping or eating I had a ball at my feet. Summers were spent at one of three places that kids in my hometown of Largs could play the beautiful game – Barrfields, Bowen Craig and Inverclyde. From early morning to the streetlights coming on signaling it was time to stop, I played football with my friends;  4 aside with jumpers for goalposts to a knockout tournament in pairs when real goals were an option. But eventually one by one the fences went up, the gates were locked and playing the game we loved was only possible if we booked a pitch and paid. My love affair with the beautiful game never wained but the amount of time I spent outside playing it did. Unfortunately my experience was not unique with similar situations happening all across Scotland as kids no longer able to play in the busy streets now also had no where else to play. Twenty years on, the knock on effect of this action along with a hatful of other problems has lead to the decline of Scottish football as we see it now. 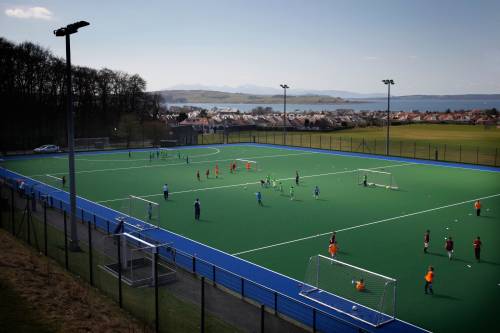 One by one the fences were erected and kids were stopped playing football (Image from Inverclyde Sports Centre, Largs)

Yet another tournament has passed that the Scotland men’s national team have failed to take part in. That makes nine in a row with the realization of a tenth only one more disappointment away. But disappointment isn’t the word not anymore. Scotland fans used to be disappointed about not qualifying but at the same time were optimistic that we would get it right the next time. Gradually over time with each passing failure that optimism disappeared and has now been replaced with pure frustration. Every two years the debate rages on radio call ins and in the press about the reasons why and what needs to change in Scottish football. But nothing ever seems to change despite the endless chatter. It has gotten so bad that the Scotland fans can not listen anymore, frustrated as we sit on the sidelines stranded once again while our neighbors all appear to be moving on.

Enough is enough. We have heard the excuses for twenty years and it’s starting to get old. We don’t have world class players, they are not technically as good, the system is broken, there aren’t enough kids coming through and my personal favourite we were just unlucky. Bad luck can stretch for more than a few years granted, even seven if you break a mirror but seriously how many have Scotland broken then? We must have literally smashed the glass ceiling at this rate. The brutal truth and a difficult one to say and write is that we are full of excuses which fundamentally must stop before we can move forward. Accepting the truth that as a footballing nation we have regressed whilst others in similar positions have progressed is painful. Whilst we bicker over what is wrong, the rest are moving forward leaving this once proud nation languishing in the football wilderness. Enough with the 100 pages reports that suggest radical overhauls, systemic failures and a complete restructuring of scottish football only to be read once and then used a paperweight at the SFA. Enough of the dinosaurs at the Scottish Federation pondered the meaning of football (and life) instead of taking action; much as France, Belgium and Germany did. All three nations had eureka moments spurned by failure which prompted the swift changes that brought recent successes. The SFA will argue that all three are countries with larger populations and considerably deeper pockets which allowed for the quick progression and they may have a point but what then about Iceland?. The tiny island with a total population of only 330,000 may have embarrassed England in the second round of Euro 2016 but it should have made Scotland fans weep uncontrollably at the same time. With a fraction of the population of Scotland and a much smaller budget to play with, they boast more professional coaches, better facilities and a blossoming youth development program that should make us break down and cry. Iceland’s future looks remarkably bright whilst Scotland’s looks bleaker by each passing day. 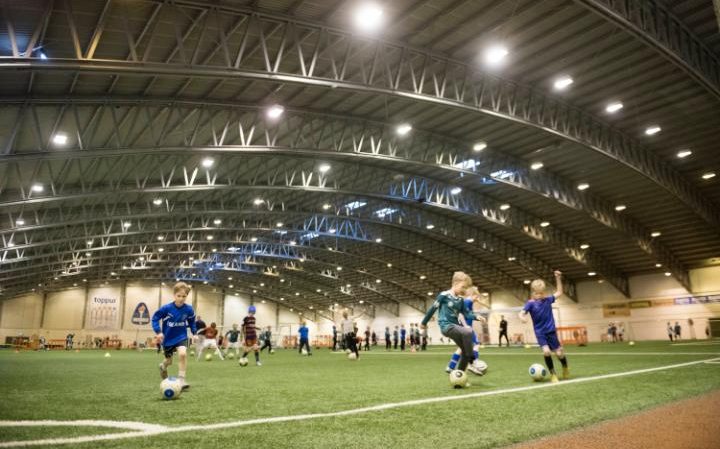 But the SFA are not the only ones guilty of burying their heads in the sand. The clubs are at fault too. Enough with the attitude that change is not welcome and that the clubs in Scotland’s top tier must protect themselves from it. A succession of frustrated performance directors have been and gone – first Dutchman Mark Wotte then Scot Brian McClair both tried to change peoples perspectives but gave up after months of banging their heads against the wall. Reform comes in many shapes and sizes, some more complex to execute than others  and whilst a few are so hair brained in conception that only the SFA would consider them, all have good intentions behind them. Change is needed now and the clubs need to embrace and support such change. Their self preserving attitude is damaging the core of Scottish football and its national teams chances of progression.

Scotland line up against Brazil at the 1998 World Cup in France, the last time Scotland qualified for a major tournament (Image from Getty)

That said, there is and has to be hope. As the Flower of Scotland says “We can still rise now, and be a nation again”. Its not too late to make radical changes to Scotland’s setup – embrace the learnings of others, change our approach and reap the benefits in the long run. But to do so we need to accept that we are stuck in a rut, absorbed by our own defeatist attitude and over reliance of excuses. France, Belgium, Germany and Iceland all woke up to their problems and made the changes needed with the result being an upturn in fortunes. Scotland can follow a similar path towards progression and turn around their fortunes on the pitch. Only then will the Scotland fans be able to turn dreams into reality as the national team books their spot at a major international tournament once more.